We all want to focus longer, think faster, and be more creative, and some say these substances may be the answer. But are supplements or drugs appropriate sources?

A Romanian psychologist and chemist named Corneliu Giurgea started using the word nootropic in the 1970s to refer to substances that improve brain function, but humans have always gravitated toward foods and chemicals that make us feel sharper, quicker, happier, and more content. Our brains use about 20 percent of our energy when our bodies are at rest (compared with 8 percent for apes), according to National Geographic, so our thinking ability is directly affected by the calories we’re taking in as well as by the nutrients in the foods we eat. Here are the nootropics we don’t even realize we’re using, and an expert take on how they work.

Do you start your day with a cup (or two, or three) of coffee? It tastes delicious, but it’s also jump-starting your brain because of its caffeine content. Caffeine is definitely a nootropic substance—it’s a mild stimulant that can alleviate fatigue and improve concentration, according to the Mayo Clinic. Current research shows that coffee drinkers don’t suffer any ill effects from drinking up to about four cups of coffee per day. Caffeine is also found in tea, soda, and energy drinks. Not too surprisingly, it’s also in many of the nootropic supplements that are being marketed to people looking for a mental boost. Take a look at these 7 genius brain boosters to try in the morning.

When you drink tea, you’re getting some caffeine (less than the amount in coffee), plus an amino acid called L-theanine that has been shown in studies to increase activity in the brain’s alpha frequency band, which can lead to relaxation without drowsiness. These calming-but-stimulating effects might contribute to tea’s status as the most popular beverage aside from water. People have been drinking it for more than 4,000 years, after all, but modern brain hackers try to distill and enhance the benefits by taking just L-theanine as a nootropic supplement. Unfortunately, that means they’re missing out on the other health effects that tea offers. It’s packed with flavonoids, which are associated with longevity, reduced inflammation, weight loss, cardiovascular health, and cancer prevention.

One fairly powerful nootropic substance that, appropriately, has fallen out of favor is nicotine. It’s the chemical that gives tobacco products their stimulating kick. It isn’t what makes them so deadly, but it does make smoking very addictive. When Europeans learned about tobacco’s use from indigenous tribes they encountered in the Americas in the 15th and 16th centuries, they got hooked on its mood-altering effects right away and even believed it could cure joint pain, epilepsy, and the plague. Recently, researchers have been testing the effects of nicotine that’s been removed from tobacco, and they believe that it might help treat neurological disorders including Parkinson’s disease and schizophrenia; it may also improve attention and focus. But, please, don’t start smoking or vaping. Check out these 14 weird brain exercises that make you smarter.

Speaking of addictive substances, some people might have considered cocaine a nootropic (think: the finance industry in Wall Street in the 1980s). The incredible damage this drug can do is clear, but the plant from which it comes has been used to make people feel more energetic and less hungry, and to counteract altitude sickness in Andean South American cultures for 5,000 years, according to an opinion piece that Bolivia’s president, Evo Morales Ayma, wrote for the New York Times.

These days, young, ambitious professionals prefer prescription stimulants—including methylphenidate (usually sold as Ritalin) and Adderall—that are designed to treat people with attention deficit hyperactivity disorder (ADHD) and are more common and more acceptable than cocaine or nicotine (although there is a black market for these pills). ADHD makes people more likely to lose their focus on tasks and to feel restless and impulsive. Diagnoses of the disorder have been rising dramatically over the past few decades—and not just in kids: In 2012, about 16 million Adderall prescriptions were written for adults between the ages of 20 and 39, according to a report in the New York Times. Both methylphenidate and Adderall can improve sustained attention and concentration, says Barbara Sahakian, professor of clinical neuropsychology at the University of Cambridge and author of the 2013 book Bad Moves: How Decision Making Goes Wrong, and the Ethics of Smart Drugs. But the drugs do have side effects, including insomnia, lack of appetite, mood swings, and—in extreme cases—hallucinations, especially when taken in amounts the exceed standard doses.

When Giurgea coined the word nootropic (combining the Greek words for mind and bending) in the 1970s, he was focused on a drug he had synthesized called piracetam. Although it is approved in many countries, it isn’t categorized as a prescription drug in the United States. That means it can be purchased online, along with a number of newer formulations in the same drug family (including aniracetam, phenylpiracetam, and oxiracetam). Some studies have shown beneficial effects, including one in the 1990s that indicated possible improvement in the hippocampal membranes in Alzheimer’s patients. But long-term studies haven’t yet borne out the hype.

Another prescription stimulant medication, modafinil (known by the brand name Provigil), is usually prescribed to patients suffering from narcolepsy and shift-work sleep disorder, but it might turn out to have broader applications. “We have conducted at the University of Cambridge double-blind, placebo-controlled studies in healthy people using modafinil and have found improvements in cognition, including in working memory,” Sahakian says. However, she doesn’t think everyone should start using the drug off-label. “There are no long-term safety and efficacy studies of modafinil in healthy people, and so it is unclear what the risks might be.”

Even party drugs are going to work: Biohackers are taking recreational drugs like LSD, psilocybin mushrooms, and mescaline in microdoses—about a tenth of what constitutes a typical dose—with the goal of becoming more focused and creative. Many who’ve tried it report positive results, but real research on the practice—and its safety—is a long way off. “Whether microdosing with LSD improves creativity and cognition remains to be determined in an objective experiment using double-blind, placebo-controlled methodology,” Sahakian says.

As professionals and aging baby boomers alike become more interested in enhancing their own brain power (either to achieve more in a workday or to stave off cognitive decline), a huge market has sprung up for nonprescription nootropic supplements. These products don’t convince Sahakian: “As a clinician scientist, I am interested in evidence-based cognitive enhancement,” she says. “Many companies produce supplements, but few, if any, have double-blind, placebo-controlled studies to show that these supplements are cognitive enhancers.” Plus, supplements aren’t regulated by the U.S. Food and Drug Administration (FDA), so consumers don’t have that assurance as to exactly what they are getting. 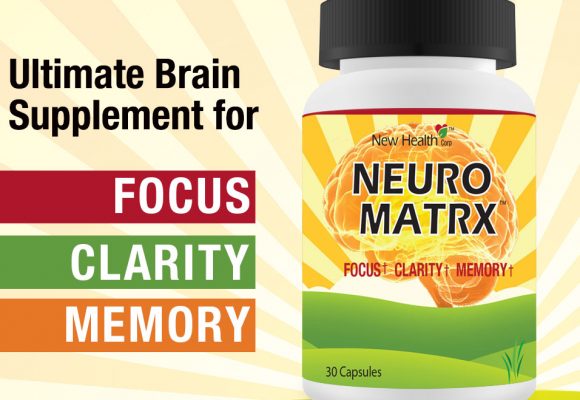 For more information about What Are Nootropics and one of the best nootropics supplement, visit https://newhealthcorp.com/product/neuro-matrx/